Category Archives: and walking for health 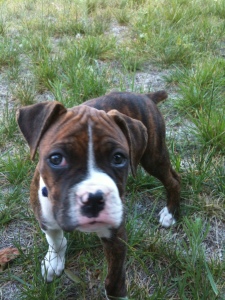 It was 1998, October, when I ran my last half marathon. At that time, I averaged thirty-five miles of running per week and was in tip top physical shape. But today, I have ran thirty-five miles in two years! Yahoo! Well, I must try regardless of what once was and what actually is. Right?

The training began on Sunday with a hike in the heat up a thousand plus feet equating to 1.25 hours. Not bad, not great, but definitely not bad at all. Tomorrow I will hike up the same mountain and extend my journey another three miles one-way totaling a whopping eight miles total. I’m salivating at the mere thought of such an excursion!

I calculate I’ll be back to running thirty-plus miles per week by September. Keep your fingers crossed for me as I undertake the second major challenge of 2012. The first one is finishing my third novel and starting its sequel by the same month. The last two novels I wrote kept me in my writing chair much too long causing me to gain some unwanted mass around my mid-body—not this time folks!

Until the next time when I have met the second of many goals already set in motion.

Ciao for now, this is yms signing off from Grover Beach, California!

PS: My puppy may be too young to run long. Maybe next year. 🙂

Filed under and walking for health